5 teams descended on Shoreham on Saturday 24th June to take part in the Association 8-bell striking competition.  The weather was pleasant – luckily not as hot as it had been during the previous week!

The draw was taken at 9.45am once the judge, Tom Lawrance from London, had been settled in a good spot in the churchyard. The test piece was a plain course of Yorkshire Surprise Major, and the results are were as follows:

Congratulations to the Lewisham District who took back the trophy from last year’s winners Canterbury.  Also many thanks to Nick Wilkins & Philippa Rooke for organising the event on behalf of the Lewisham District, Shoreham for allowing the use of the bells & church, and Tom Lawrance for agreeing to judge for us.  Photos of the teams and winners are below. 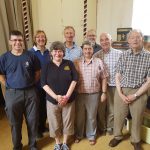 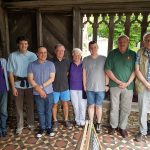 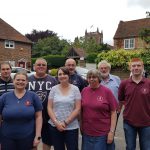 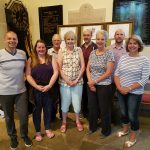 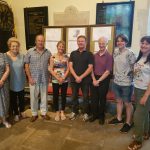 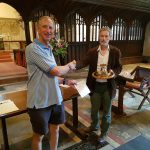