This year’s inter-District contest was held at Tunstall on June 29th on what proved to be a steaming hot day. Tunstall bells are a fine Taylor eight installed in 1995. They are generally easy going but have a few peculiarities that can test the abilities of even the best of bands.

The test piece was a plain course of Turramurra Surprise Major – a fairly easy member of the “Project Pickled Egg” family of methods which is basically Lincolnshire improved. Rather like the bells it is simple and musical but needs focus and concentration to ring it well.

The HQ for the morning was Tunstall Village Hall where the local band provided everyone with refreshments and where bands could await their turn out of the heat of the day and then relax after battle!

In delivering the results, the judges, Ann and John White from Towcester and St Paul’s Cathedral said they had had a most enjoyable morning in a glorious spot listening to some nice ringing and also to the churchyard birds who had tried competing with the bells. They said that the results were quite close but that the order was clear. There had generally been a good shape to the ringing from all bands, although faults had been clocked up by inconsistencies – especially in leading.

Ann then made some comments on the individual pieces of ringing:

Team 1 (Ashford) Equivalent peal speed: 2h38
The fastest ringing of the day and the bells tended to fall over each other causing faults. The back bells created a nice shape and the piece improved after half way.

Team 2 (Lewisham) Equivalent peal speed: 2h52
This speed was comfortable for the team and they settled quickly into a good rhythm. Unfortunately there was a method mistake just after half way but the band quickly recovered and it seemed to focus their minds as they settled again and had a pretty clean finish.

Team 3 (Rochester) Equivalent peal speed: 2h54
This was a confident piece of ringing which settled quickly after the band used most of their allotted number of rounds before starting. It was slightly let down by some inconsistent leading but again improved after half way.

Team 4 (Canterbury) Equivalent peal speed: 2h52
A consistent rhythm and an enjoyable piece to listen to although once again there were inconsistencies, especially with leading.

John then announced the final results as follows:

The Maidstone District was unable to enter.

The judges presented the Trophy to the conductor of the Rochester band, Neil Jones.

The Association Chairman, Phillip Barnes, thanked the Rochester District and the local band for the arrangements and the judges for their hard work before presenting John and Ann with a bottle of local sparkling wine as a token of our gratitude. 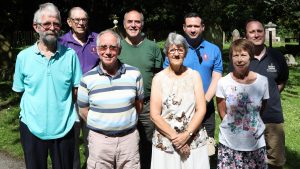 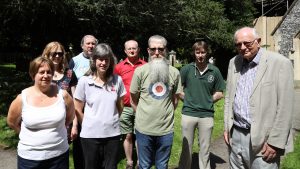 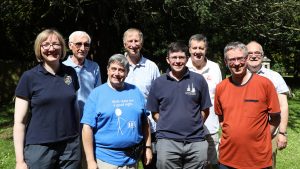 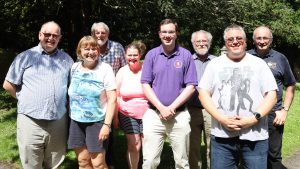 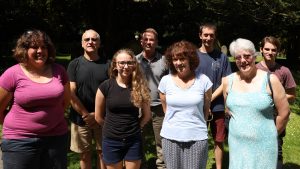