Published by admin on 12th February 2018 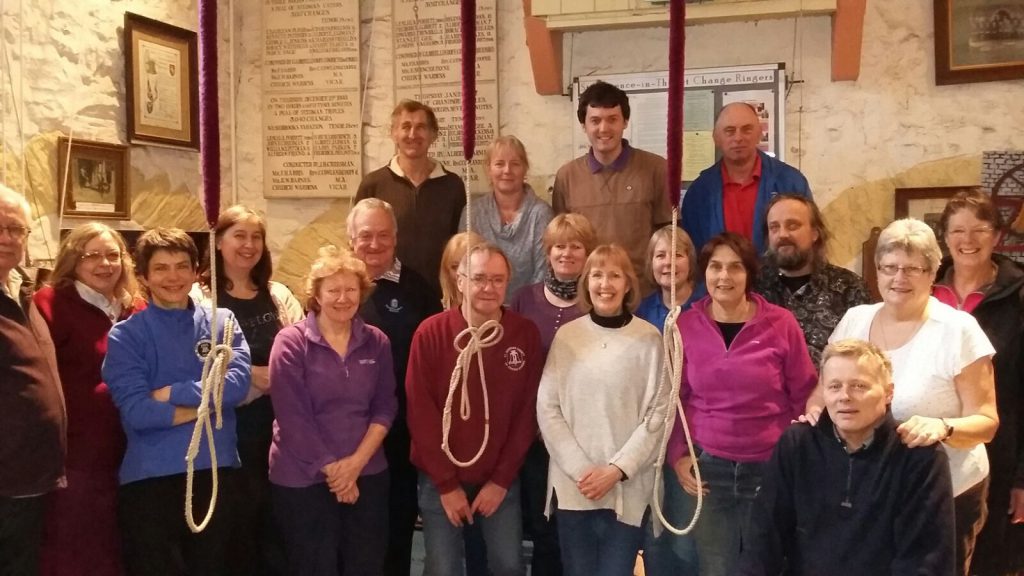 The Canterbury District held two Ringing Schools on Saturday 10th February at St Laurence-in-Thanet (a picture of some of the attendees is shown above) and Bekesbourne.

There was a strong turnout of learners and helpers for the Ringing School on Grandsire Caters at St Laurence-in-Thanet. Learners started by ringing Plain Hunt on 9 in order to get used to ringing changes on 9 bells, before moving on to ringing plain courses of Grandsire Caters. Touches of Grandsire Caters were rung to push on ringers already familiar with the plain course, and Plain Hunt on 10 was also attempted too. It was a very productive session and the improvement over the course of the morning was very encouraging. Many thanks to the St Laurence ringers for the use of the bells and providing tea, coffee and biscuits during the break!

A Plain Hunt and Plain Bob Ringing School was held at Bekesbourne. There was a prompt start at 10.30am with around 25 people covering learning the basics of Plain Hunt with competent ringers to assist. The morning progressed by putting 1 or 2 learners in with the helpers filling in the band to give them the best opportunity. We also rang some nice touches of Plain Bob Doubles and Reverse Canterbury Pleasure Place Doubles. Many thanks to the Bekesbourne ringers for providing the refreshments and the use of the church. Thanks also to everyone who came along to assist in the successful morning.