Published by admin on 24th September 2017 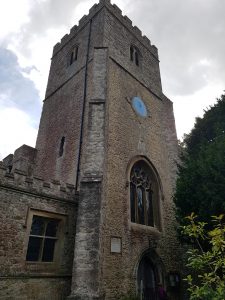 East Malling was the venue for this year’s 6-bell competition, and luckily the slight rain stopped just as people arrived!

The draw took place at 9.50am when all bands were nearly complete.  Competition ringing got underway promptly by 10am and all the bands had rung by shortly before 12.30pm, all the while being kept refreshed with tea, coffee and lovely cakes in the church.

When the judge, Mark Esbester from Portsmouth, was ready Doug Davis, Hon. General Secretary welcomed everyone and thanked them for taking part.

Mark started by thanking us for inviting him to judge, then moved on to talk briefly about each of the teams’ ringing before delivering the results as follows:

Mark presented Dan Jarvis from the winning team with the trophy, then Doug Davis thanked Mark for judging and presented him with a bottle of wine.

Some photos from the day are shown below.  Next year’s competition will be held in the Rochester District. 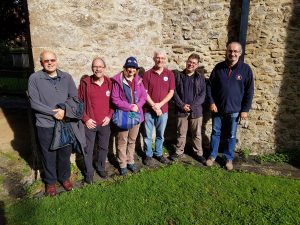 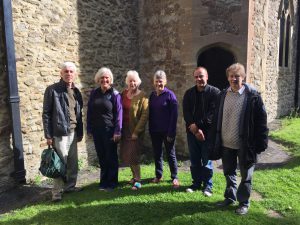 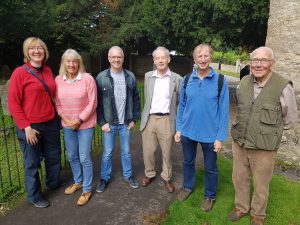 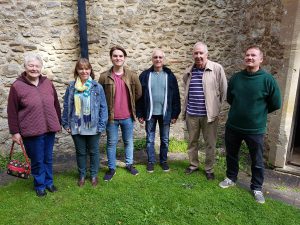 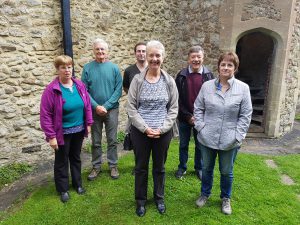 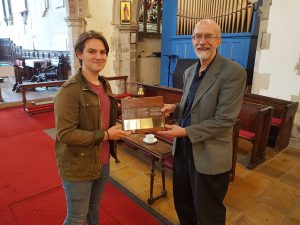