Published by admin on 2nd January 2019

At Brasted on 1st January the Frank Lewis memorial board was dedicated by Lay Reader Judith Seaward at a ceremony organised by Catherine.  Association Treasurer Margaret Funnell spoke of Frank’s thirty years of dedication to the Association in a range of roles.  The reception which followed was attended by many of Frank’s friends as well as daughter Naomi and grandson Josh.

Icons indicating Frank’s interests appear on the board – a pipe, a spanner, a beer mug and a camera. 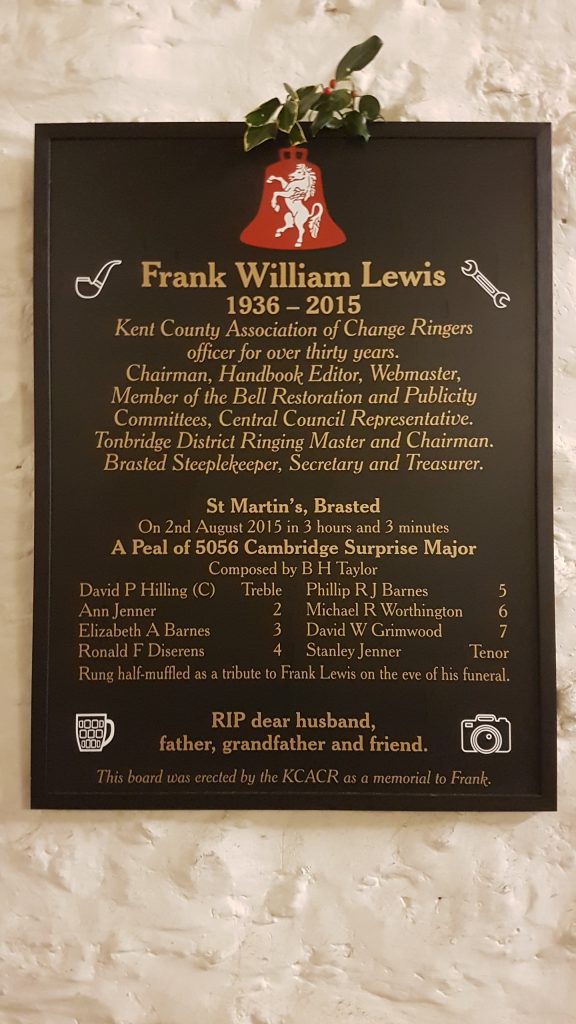