Report from the AGM

Despite Storm Katie trying her best to stop us from getting about on the morning of Easter Monday with fallen trees and closed bridges plenty of ringers ventured out to ring at the various towers open on the way to Tunstall, the venue for this year’s County AGM being hosted by the Rochester District.

As ringers converged on Tunstall from 11am, there was open ringing followed by the service touch of Stedman Triples prior to the annual church service.  Revd Alan Pinnegar, with assistance from Revd Kenneth Clarke from Stone-next-Dartford gave us a very enjoyable service and Revd Stanley Evans read aloud the names of all those ringers that had sadly passed away during the previous year.  It was particularly sad that Martin Pring of All Saints, Maidstone was included on this list having lost his battle with cancer over Easter Weekend.

Following the service, a wonderful lunch was provided at Tunstall Village Hall – judging by the clean plates around the room, I think it’s safe to say the food went down very well indeed!  Many thanks go to Nicky and her team for providing the meal.  Of course there was plenty of real ale and other drinks to wash everything down with, expertly dispensed by Ray Morgan and Helen Webb from Rochester Cathedral.

The AGM started shortly after 2.45pm and was pushed along nicely by the Chairman Daniel Brady.  Thankfully there were no rule changes to worry about this year!  Most of the Association’s officers are unchanged for the coming year, apart from the following:

Many thanks to the Rochester District for organising a great event, and thanks to all those involved in making the day a success. 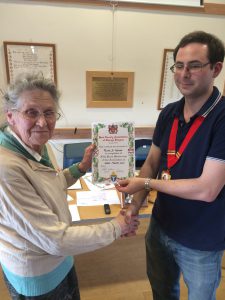 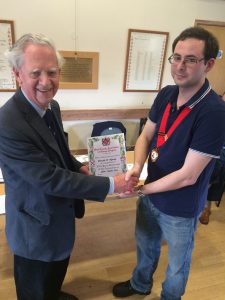 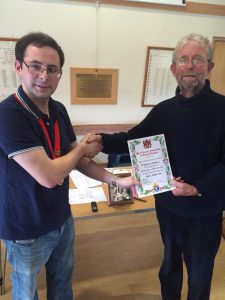 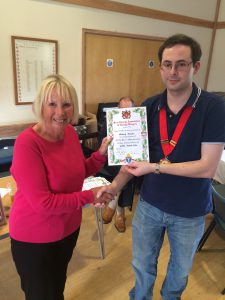 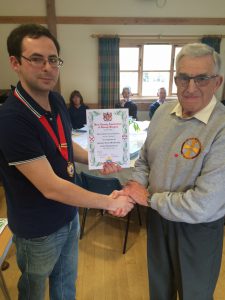